I recognize that there is a great deal to fear and there are concerns about our economy, jobs, activities, sources of food and health that has turned the world upside down over the past 6 months.

This is also a time where everything we have been trained to do and operationalize is ready to be thrown out and it is now a time to be fearless in our approach to this new opportunity in front of us.

You might ask, what do you mean by that?

There are calculated risks that will either work or fail.

Now is the time to take those and see what works for you. Perhaps along the way, you will discover some things about yourself and how the safety of your environment has stifled your sense of adventure and passion. It might just make the world a better place if you take a chance to explore that gut feeling. Ask yourself these questions:

What if you just took that chance?

What do you have to lose?

What do you have to gain?

Who will help You get there?

An example: The story behind the Portland 5000 and The HUNT

The competitive track season was over for most athletes except those that were still training to compete in the World Championships to be held in Dubai in the Fall of 2019. The training cycles were late and one of the challenges was to find a qualifying meet that would count. It had to be set up perfectly at a familiar track and location, and ideally with favorable weather and conditions.

Jeff Merrill happened to meet a coach of some of the world's top athletes at Nike. They innocently asked if we could put on a race for them to help hit qualifying times for the 2020 Olympic Games in Tokyo.

I asked myself these questions:

In an effort to help these athletes achieve their goal, we set out to put a plan in place to pull this off.

The athlete's coach wanted the race to be held at a familiar track. His athletes normally trained on the Michael Johnson Track at Nike. The problem was that this track had not been built for an official competition and we only had a month to figure it out.

Luckily, I had just started a project to build a world-class track and field facility in Maupin, Oregon, and was in direct contact with Gary Logsdon of Beynon Sports, the premier Track and Field builder in the USA.

They not only had the original blueprint drawings of the track but also had the insight that THE ORIGINAL RAIL from the Historic Hayward Field was unused and in storage, as the stadium had been torn down and is being rebuilt for the 2022 World Track and Field Championships.

We located the rail, had the rail shipped up to Nike and installed on the track to be measured to make the Michael Johnson Track an IAAF Certified Track for a 5000-meter race.

The repurposed rail from Historic Hayward Field fit the oval perfectly and it was installed, measured and certified before Nike and their facilities staff even knew that this historic technical piece of equipment was now on the campus track and ready to host a world-class race.

We had a plan and everything was falling into place, but until we confirmed that the track would count as an official facility, we had back up plans at other locations.

In the final four days we needed to pull together:

We demonstrated Fearless Innovation Together by not wavering from the plan and continuing to put pieces in place that created a magical experience for the athletes, fans and all of us witnessing this historic race. These athletes not only set the qualifying marks for next year's Olympic Games, but performed the fastest 5,000-meter race in US Track and Field history.

The entire event was planned and executed in less than a month.

I watched the weather all afternoon, knowing our team was beginning to communicate the green light that the event was on schedule to happen.

Over the course of the next 4 hours, nearly 2,500 people started to show up at the track because they heard that this race was about to happen, through social outreach and word of mouth. 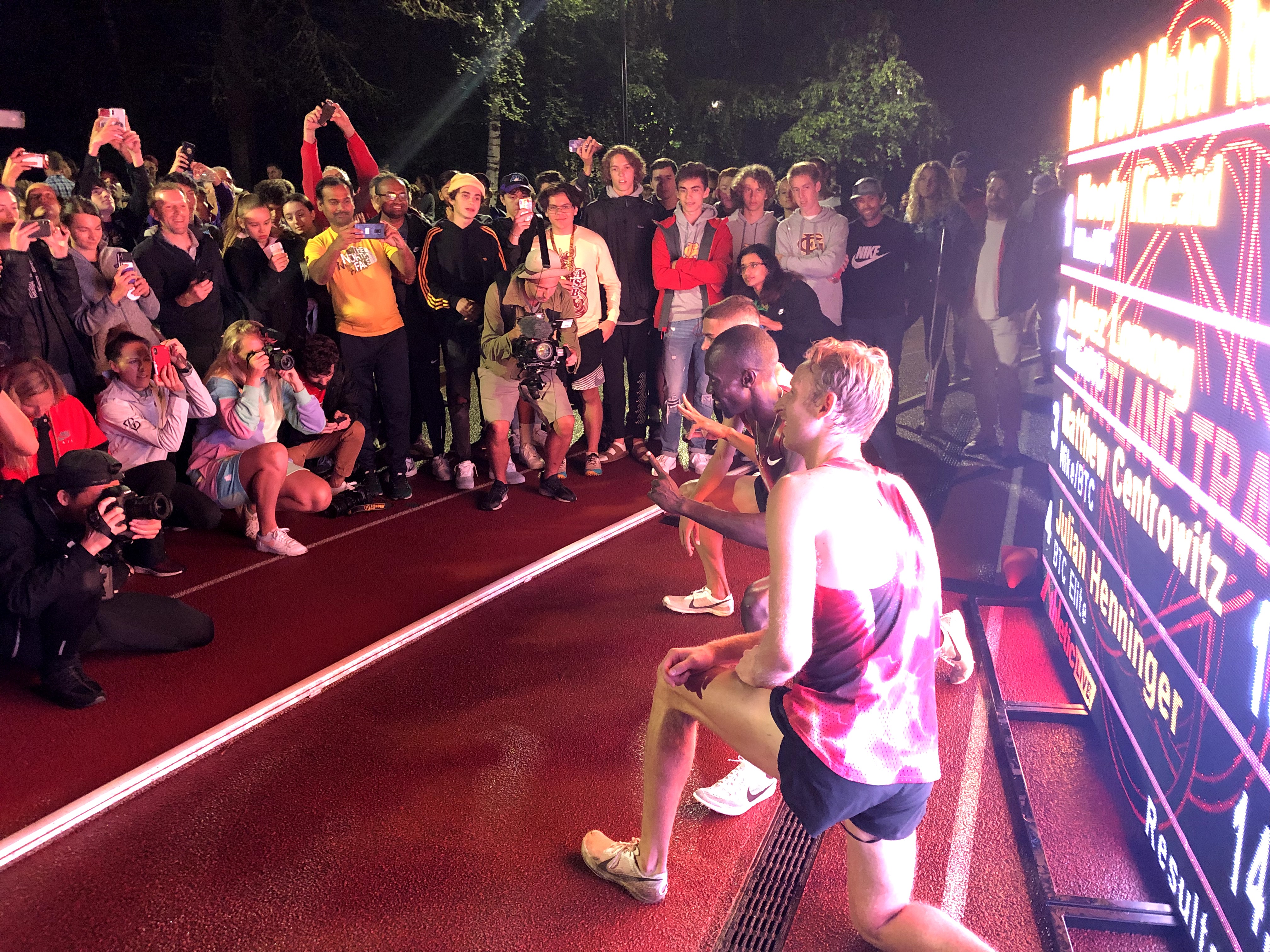 The track was surrounded by people. Music was playing as the runners continued to increase their pace and an unheralded athlete ran out of his mind to run the 5th fastest time in US Track and Field history.

What started as a simple question to solve a problem...

Do you think that you could put on a 5,000-meter race for some athletes that are trying to hit a qualifying standard?

FEARLESS INNOVATION STARTS WITH A FEW SIMPLE QUESTIONS TO ASK YOURSELF.

Give it a try and let me know how I can help you deliver Fearless Innovation Together. I would love to talk about that opportunity.

A Track, a team and a Community with the Luck of the Irish bringing prosperity to the Mckenzie river